Soar to new heights in an aviation career 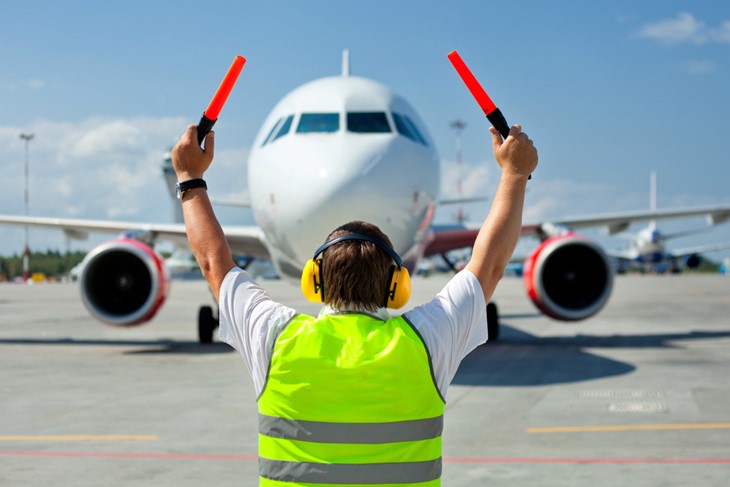 The UK is a world leader in aviation, with around 200,000 people working at airports or for airlines in this country. If you’re going for an aviation-related role it’s great to arm yourself with some basics about the sector. Here are four things it could help to know about if you want to see your career soar.

The UK aviation sector is the biggest in Europe, with official figures putting it as worth over £22 billion to the UK economy.

According to the government, in 2015 the UK had the largest air transport system in Europe, serving 250 million terminal passengers. All this means that there are masses of job opportunities and dynamic careers on offer.

Most careers in aviation don’t actually involve taking off. Anyone who’s flown on holiday has had a snapshot of the hundreds of people it takes to work together to ensure the safe and smooth running of just one plane in just one airport - and these ground staff play a key role in the industry.

There are a multitude of jobs and diverse positions - from baggage and cargo handlers to security personnel and cleaning operatives - plus hundreds more. For example, some of the additional roles we recruit for at HR GO include passenger service agents, ramp agents, customer service agents, flight dispatchers and aircraft de-icers.

3: There are three main areas of employment

To give you an idea of where most people work in aviation, here’s a breakdown according to the Chartered Institute of Logistics and Transport:

4: Innovation is impacting the industry

Cutting-edge technologies like artificial intelligence (AI) and robotics are set to transform aviation - from passenger experience to flight operations and maintenance management - and in the UK this is especially so.

Innovations are set to make things more enjoyable for passengers as well as more efficient for airlines. And while there are concerns that they’ll affect how many ‘human workers’ are ultimately needed - up in the sky as well as on the ground, it’s also true that new types of roles will become more sought after in the industry.

As we discussed in our recent blog post, new technologies mean that tech careers like data analysis are set to play a far greater role in aviation in the future.

At HR GO Aviation, we’re a member of the Airport Operators Association (AOA) and make sure we keep updated with the very latest developments in personnel trends.

Look to the skies

Even roles on the ground have a key role in keeping the planes flying - and making sure passengers get safely to their destinations.

Aviation means playing your part in a huge, varied team with a shared outcome. Is it time you reached new heights in an aviation career?

At HR GO Aviation we have 10 years experience in recruiting for airport and aviation roles across UK airports including Heathrow, Stansted, Luton, Birmingham, Gatwick and Manchester. Get in touch for details of our latest roles.

Don’t make these mistakes when you apply for jobs online

Read these tips before your next online job application

The secrets to a Christmas party with no HR hangover

Make it a night to remember for the right reasons

How long should you stick around without a promotion?