Do these things five minutes before your job interview 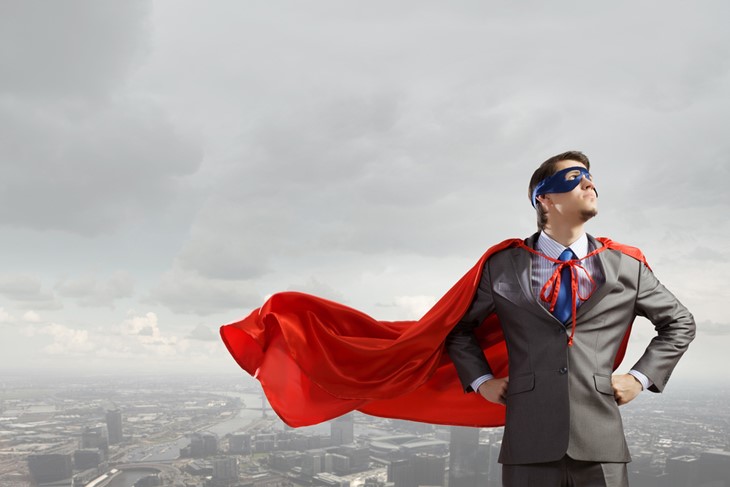 A job interview is famously one of the most stressful things you can put yourself through.

You might have prepared thoroughly. Your journey could have gone smoothly and you may have arrived in plenty of time. But in the minutes leading up to the interview all that good work can sometimes vanish, leaving you only with nerves and an impending sense of doom.

That’s why we’ve hunted down some tried and tested ways to banish interview nerves when it counts: in the minutes leading up to – and during - the main event.

Did you know there’s an easy two-minute trick to supercharge your confidence and help you perform better in an interview?

Just change your posture for two minutes into a ‘power pose’, or pose like a superhero. As social psychologist Amy Cuddy described in her 2012 Ted Talk, it’s about standing tall and strong with your hands on your hips, your legs planted apart and your chin up.

Apparently this can change your body chemistry, increasing testosterone and decreasing the stress hormone cortisol. Not only that, but one study concluded that candidates who did this before their interview were overwhelmingly chosen for the job. This is definitely worth finding a free toilet cubicle for...

Focus on your breathing to calm pre-interview nerves (perhaps while you’re doing the power pose?)

Try inhaling through your mouth for four seconds, then exhaling for four. You’ll feel calmer, and be able to think more clearly as making your breathing slow and deep brings oxygen back to the brain.

This is something that we encourage the job candidates we meet at HR GO to work on for interviews, as we know that if you can stay in control of your breathing you stand a greater chance of keeping calm.

Visualise the confident you

Being able to picture yourself in an interview that’s going really well is another trick to calm anxiety levels - and power yourself with confidence.

Try and visualise yourself building a fantastic rapport with your interviewer, giving flawless replies, asking spot-on questions and making it very obvious that you’re the ideal candidate for the role.

Just the sound of the word ‘interview’ can strike terror into many. So would rebranding it as a ‘conversation’ instead help you relax and be yourself?

After all, boiled down to its essence an interview is a chat between two people who want to see if they should work together. (Of course, your interview might not take the classic one-to-one format, but be a different type which we’ve written about before here and here).

Make it about your decision, too

An interview is not just about finding out if you’re the right candidate. Try to pivot the focus in your head so it’s as much about you making your mind about the role, the boss and the company too - and ensuring it’s all a good fit for you (as well as vice versa).

It’s a given that you’ll still want to put in a great performance but if you can flip the power dynamic in your head it might ease some pressure.

If all else fails? Clench your buttocks….

If you’ve tried everything else but are still visibly nervous, try squeezing your buttocks and thigh muscles together for a few seconds. It’ll stop your hands from shaking so at least you can extend your hand to give a professional handshake with confidence.

Curbing stage fright during interviews is be a matter of finding mind and body tricks that work for you. And when it comes to feeling empowered and giving yourself the best shot in an interview, anything’s worth a go in the minutes leading up to the big event…