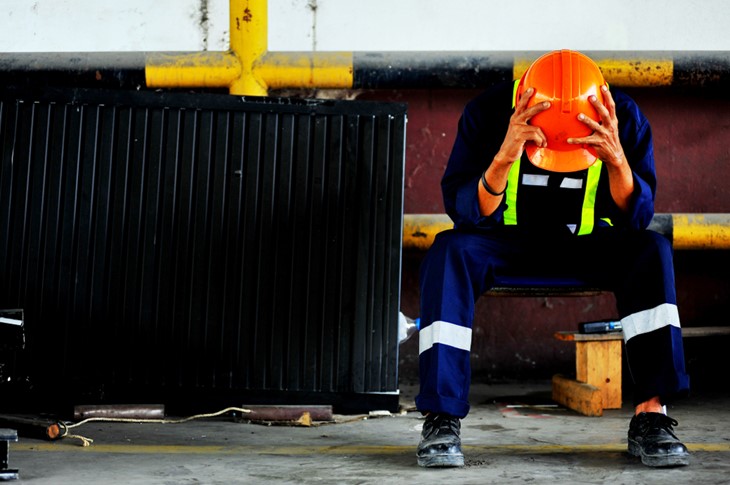 Slavery isn’t something from a bygone era. Sadly it’s increasingly pervasive in modern times - and it’s thought that tens of thousands of people are in modern slavery in the UK today.

It’s also on the rise. Government figures show that more potential victims of hidden labour exploitation are are being identified than ever before - a 40% increase between April and June 2019 since the same period in 2018.

Although slavery victims can be UK nationals, most are trafficked here from overseas - most commonly Albania, Vietnam, Nigeria, Romania and Poland.

Typically someone may have been offered what seems like a good job in the UK, in an industry such as agriculture, construction, hospitality, manufacturing or the car wash sector, in return for taking out a loan with an agent. But when they arrive in this country they realise the job and the conditions aren’t what were promised. Their passport is often confiscated and they’ll be told they have to pay off their debt before they can go home.

The Modern Slavery Act 2015 requires businesses with an annual turnover of £36m or more to report on what they are doing to combat slavery and include a modern slavery statement in each annual report.

Even if your business doesn’t meet that threshold, as employer and provider of goods and/or services you still have a pivotal role to play in the fight against modern slavery, human trafficking and forced labour.

At HR GO, we’re part of Stronger Together, which is a business-led initiative aiming to reduce modern slavery. It issues guidance for how small businesses can be not just aware of the issue but also how to detect, prevent and deal with it. And here we cover five practical actions that any business can take, no matter the size or sector.

The only way that employees will be able to spot someone who’s being forced to work - and have the confidence to report their concerns - is if they’re fully aware of the issue of modern slavery and how it presents day to day. This applies to anyone who’s being exploited into forced labour, too.

Stronger Together suggests showing awareness-raising videos during team meetings, including a relevant blog post in your newsletter or on your website, and putting up posters in key languages around your workplace (including in the toilets).

2 Encourage people to watch for signs - and act

One survey in 2017 suggested that four out of 10 people weren't sure what modern slavery was, so as an employer you should encourage teams to watch for signs of exploitation in anyone they interact with as part of their work.

The charity Anti-Slavery International lists the main signs that someone is in slavery, and these include:

You can read the complete list here. Does your business have clear procedures for how people can report concerns? If so, are these widely communicated?

Your business has a responsibility to make sure that slavery isn’t used in producing the product or service you sell.

Although you might be certain that your business is clear of exploitative practices, it’s harder to say the same about every link in your supply chain or through your involvement with business partners.

A positive step is to let your suppliers know that you’re committed to tackling modern slavery (maybe consider producing a modern slavery statement even if you’re not required by law – you can read ours at HR GO here), and find out how they’re taking steps to combat it too.

It’s crucial to have the same level of confidence in any agencies or labour providers that you use for personnel.

We don’t cut corners at HR GO, and conduct stringent checks in our supply of agency labour to organisations (you can check our Gangmasters license for workers in the food sector here, for example).

Less reputable recruitment agencies might not be proactive in tackling hidden labour exploitation. There’s a risk they won’t comply to the relevant regulations, which means vulnerable workers will suffer and your business will be at greater risk of heavy penalties.

5 Be committed - and communicate this

Of course, there’s a huge moral case to make about playing a pivotal role in the fight against human trafficking, forced labour and slavery.

But it’s also worth bearing in mind that allegations of modern slavery - even in your supply chain - could also significantly damage your business’ reputation.

Protecting vulnerable workers is overwhelmingly the right thing to do, in so many ways.

Find out more about Stronger Together at https://www.stronger2gether.org.

If you suspect someone is a victim of slavery, call the Modern Slavery Helpline on 08000 121 700 or fill out an online form.