Are you a post-MeToo employer? 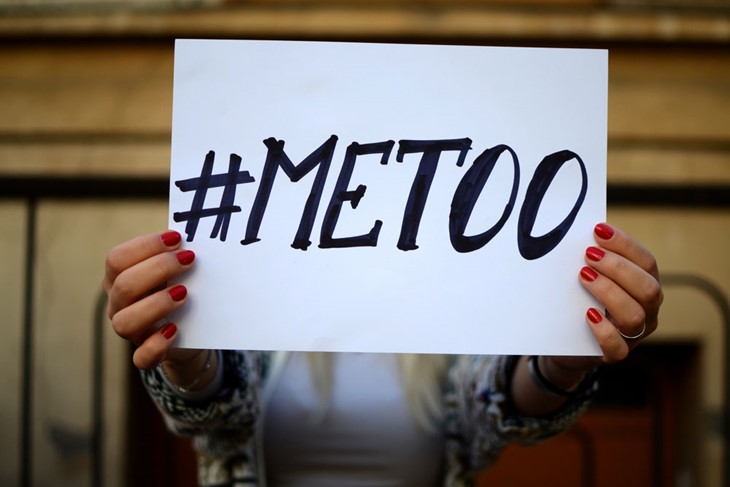 Is it OK to greet colleagues or clients with a hug? How about a kiss on the cheek?

According to a recent survey, it might be time for a rethink: 76% of UK employees want far less physical contact in today’s workplace.

For anyone with even a passing awareness of the MeToo movement, this figure is hardly surprising as a snapshot of the modern work environment. After all, in the last few years there’s been renewed focus on personal boundaries and inappropriate attention.

The allegations of sexual assault against Hollywood film producer Harvey Weinstein in 2017 empowered many more victims of sexual abuse and harassment to speak out with less fear of repercussion (often expressing solidarity by using the Twitter #MeToo hashtag).

Not only were the Weinstein allegations quickly followed by many other cases involving well-known personalities, but the spotlight also shone on the workplace in general. Research a few weeks after the Weinstein scandal first surfaced found that 40% of women and 18% of men had been the target of some kind of unacceptable behaviour at work in the UK, ranging from inappropriate comments to sexual assault.

Unwanted attention may come from someone of the same sex or opposite sex, and anyone can be a victim of sexual harassment at work no matter their gender or sexuality. However, historically it’s a problem that’s overwhelmingly affected women, and many examples covered by the media have been about the sexual harassment of women in the workplace.

The issue of banning hugs at work might seem trivial compared to more upsetting high-profile cases, but it’s an important touchstone in the wider issue of sexual harassment.

Given the shifting expectations of how colleagues feel they should engage with each other, does your organisation know the rules for the office in the MeToo era? Does your company culture take account of what many people think is OK - and what is definitely not OK? As an employer you may feel you should offer better training and guidance to staff as to what constitutes sexual harassment.

And this points to a deeper question facing all organisations: Are you doing enough to prevent and deal with sexual harassment in the workplace? As an employer, it’s up to you to make sure your workplace environment feels safe for those who work for you so sexual harassment cases don’t happen in the first place.

When the Equalities and Human Rights Commission (EHRC) set about trying to understand the scale of sexual harassment in British workplaces (as well as what victims felt should be done to improve practice) it surveyed around 1,000 individuals and employers.

Researchers found a frequent power imbalance between the harasser and the person being harassed. Around half of respondents had been reluctant to report sexual harassment, with the top reason being that they thought their employer wouldn’t take the issue seriously. And in around half of cases where the victim did report an incident, their employers failed to take action.

The message contained in its concluding report was clear: UK employers are not doing enough to protect employees from sexual harassment.

The government plans to work with the EHRC to develop a statutory Code of Practice on sexual harassment, which will make it harder for employers to shirk responsibility when it comes to preventing and dealing with sexual harassment.

This is something we welcome at HR GO. We know that committing to banish any kind of unwanted attention that makes other colleagues feel unsafe, uncomfortable or violated isn’t just the right and legal thing to do.

From a recruitment point of view, it’s the only option. Everyone has the right to feel safe and secure at work. In this MeToo era, job candidates demand employers with zero tolerance towards unacceptable behaviours - and businesses who don’t take their responsibilities seriously will ultimately fall by the wayside.