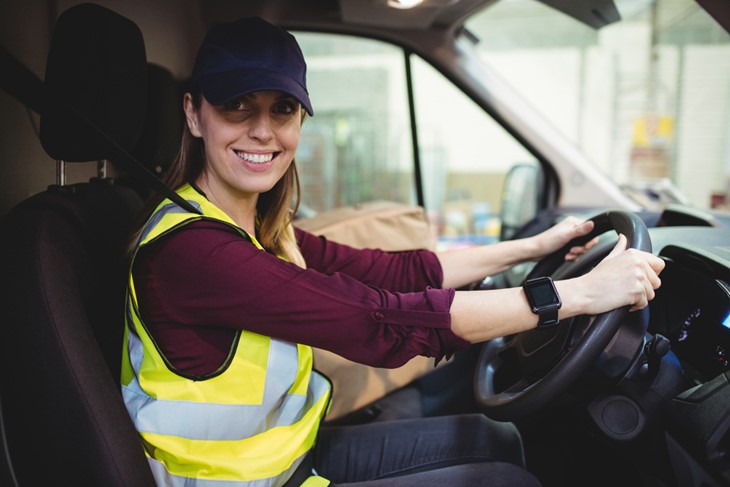 The UK needs far more haulage drivers on the road to keep the UK moving, with an estimated shortfall of over 50,000 drivers in 2017. Could more women lorry drivers be the answer?

Thousands of drivers are set to retire in the next decade - with not enough newly-qualified drivers to replace them – and along with the uncertainty around Brexit, the situation requires some smart thinking. With the Road Haulage Association (RHA) estimating that less than 2% of HGV drivers are women, surely one of the answers is to recruit more female drivers?

When the Freight Transport Association (FTA) carried out a rough Twitter poll in 2016, the signs were positive. Asking women if they were willing to drive a 44-tonne truck for a job, 79% of respondents voted ‘yes’. Attracting more women lorry drivers is a possible solution that the government has put forward. And the government is also aiming to recruit people from black and minority ethnic backgrounds and young people.

Encouraging different groups to join the industry isn’t just crucial in terms of a skills shortage. A diverse workforce improves every sector – freight and haulage is no exception. Let’s take a look at some of the factors involved in women actively considering - or rejecting - a commercial driving career.

Unfortunately, day shifts as long as 15 hours - or even overnight stints - can be incompatible with many people’s family lives. While that’s a significant issue for any parent, women are statistically more likely to be the primary carers for their children or other caring commitments. So this factor is most likely to put them off. To make commercial driving a realistic career choice for more women, the hours need to be more flexible.

At HR GO Driving, we’ve noticed that haulage companies we now work with are becoming more mindful of this. Many now work with drivers to help them plan shifts weeks in advance. They've also started to discuss job shares and part-time driving roles where possible.

A major complaint of HGV drivers is poor working conditions. A lack of clean, working toilet and washing facilities in service stations and delivery depots is a particular gripe. Of course, these are important issues for both male and female drivers. But women appreciate clean, available facilities particularly when they have their period and need to change sanitary protection.

Drivers who work overnight shifts say that more lorry parks should be better lit, safer and more secure. For any woman to decide on a career in driving, not feeling vulnerable as they sleep is of course absolutely crucial.

The perception that lorry driving is just for strong, burly men who can lift heavy things is now outdated. Does anyone remember the Yorkie chocolate bar TV ad, with its openly sexist tagline “It’s not for girls”? Although an HGV driving job still has challenges, modern trucks mean that physical exertion isn’t necessarily one of them. Many fleets now have power steering and automatic gearboxes. And many of the hydraulic workings are operated at the push of a button.

There are definitely signs that the driving sector is starting to see the value in encouraging and supporting women lorry drivers. In 2016 the RHA launched ‘She’s RHA’. This initiative was designed to address the acute shortage of women in road transport by providing a new, welcoming, culture for the industry.

There are also new training providers aimed solely at women. Horsepower, for example, was founded by two female truck drivers. It aims to prepare candidates for real-life workplace challenges by putting a focus on safe working practices. The company also hosts taster days with local hauliers for women who may not have considered a career in driving before. The aim is to give potential recruits hands-on experience driving a modern HGV. They also get a chance to chat to operators and other female drivers about what commercial driving could entail.

Getting more women on the road

The industry is modernising, which is vital to attract and retain untapped pools of new recruits. And while there may still be some way to go before more women decide to get behind the wheel, more diversity and inclusivity in a traditionally male-dominated sector can only ever be a positive - on and off the road.