Who’s lonely on your team? 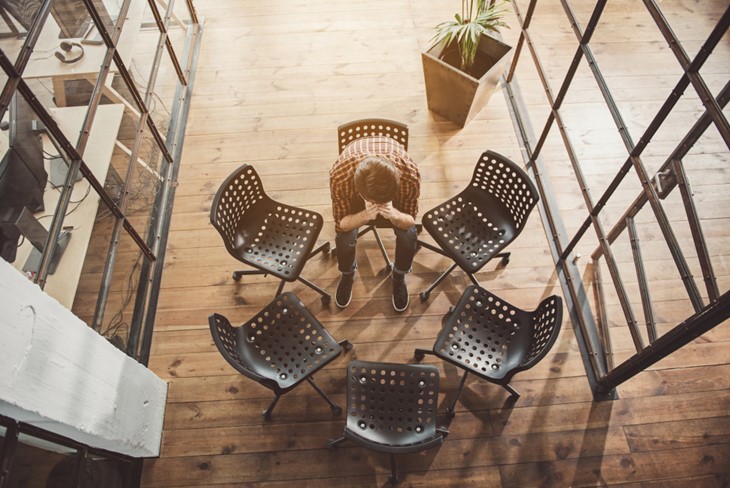 How can anyone feel lonely if they’re surrounded by colleagues in a bustling workplace all day?

While this may seem a valid question, in reality loneliness affects many working people even if they spend most of their time in the company of others. One recent study, in fact, found that three in five employees feel lonely at work.

The government launched its first ‘loneliness strategy’ in 2018. But despite loneliness and its negative effects recently starting to get more attention, unfortunately many employees who suffer from it don’t think their companies are doing enough to help.

There’s a business case as well as a moral case for acting. Research has shown that loneliness at work can significantly affect employee work performance. If employees don’t have any social connections, they simply won’t make as much of an effort at work compared to if they count some of their colleagues as friends.

Let’s take a look at some of the actions you can take to combat loneliness at work.

Fortunately, there’s now more awareness of the importance of emotional wellbeing in the workplace. The stigma surrounding mental health problems is gradually disappearing and it’s no longer automatically seen as a ‘weakness’ preventing someone doing their job effectively.

For many people however, loneliness still remains a taboo subject and they feel either embarrassed or ashamed to bring it up (a recent study found that one in four men and one in five women have never told anyone about their loneliness.)

The only way to encourage anyone to come forward and talk about their feelings is by having a culture of openness. That comes from leadership, including management being honest about any problems they’ve experienced themselves.

People can start to feel isolated for all sorts of reasons, including bereavement, relationship separation or divorce - or any big life change that leaves them feeling distanced from the people or structures they’re used to.

Everyone in the workplace - managers as well as colleagues - has a role to play in spotting people who might be at risk of loneliness. Going through a life change isn’t cause for concern in itself. Withdrawing from social interactions while dealing with these changes might mean they need extra emotional support.

Social connections might not come easily during the course of the working day so you can give them a helping hand as an employer.

Take lunch breaks for example. For anyone already suffering from feelings of isolation, eating a solitary lunch at their desk just compounds what they’re going through.

Encouraging colleagues to eat lunch together - even if it’s just publicising an informal ‘lunch club’ one day a week - can break down social barriers and help people feel more connected.

A shared lunch break might just look like a sandwich to one person, but to someone experiencing crippling feelings of isolation a few minutes of peer-to-peer interaction and conversation could mean so much more - and make all the difference to their day.

Be prepared and win at the interview stage

Are you a post-MeToo employer?

Knowing the new workplace rules in the MeToo era

The 5 people you need in your career

How many of these key people do you have in your professional network?