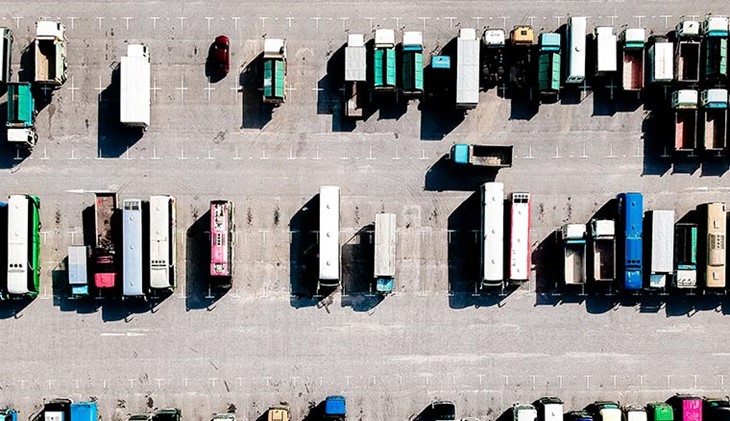 The UK economy and supply chain depends on qualified lorry drivers to move heavy goods around the country and Europe, delivering them to where they’re needed by businesses and consumers. Yet there’s currently a widely reported shortage of HGV drivers nationwide, with the Freight Transport Association (FTA) Skills Shortage Report estimating a shortfall of around 52,000 drivers in 2017.

With this kind of driver shortage predicted to get worse - uncertainty over Brexit is certainly a factor - the logistics sector will find it harder to deliver high quality services.

Here we look at some of the main reasons behind this problem, and the challenges in filling driver vacancies.

The average age of a commercial lorry driver is 53, and retirement beckons in the next five to 10 years for the 13% of personnel who are 60 or over.

But with only 2% of drivers under the age of 25 (compared to 12% of the total UK employed population of that age), there currently aren’t enough younger drivers in the pipeline to replace older colleagues.

When commercial drivers were surveyed recently they were asked what they thought was deterring people from working as HGV drivers. The top answer was poor wages.

According to many operators, margins are so fine in a competitive sector that pay increases simply aren’t an option.

Plus, around 14% of the commercial drivers we rely on in the UK come from other EU countries and can be willing to work for lower pay.

Becoming an HGV driver entails having a full driving license, passing a medical test and training and qualifying for a Category C licence.

New drivers also need to earn a Driver Certificate of Professional Competence (or Driver CPC) qualification - either self-funded or paid for by an employer. (We laid out the full steps it take to become an HGV driver, here.)

Training costs can mount into the thousands, which isn’t always seen as worthwhile given the low wages in the sector.

There are also factors on the roads beyond anyone’s control. Road congestion and Operation Stack in Kent when French strikes or bad weather conditions limit cross-Channel movements add to stress derived from strict time-pressures.

Plus let’s not forget the refugee crisis in Calais, which has generated fears that lorries are a prime target for migrant entry and transportation to the UK, either inadvertently or under duress.

These factors add to an already poor industry image, where HGV driving is equated with long journeys, unsocial hours and unhealthy work/life balance particularly for drivers with families.

HGV drivers are highly skilled personnel, performing a vital economic role in an integral part of the UK’s supply chain. So the fact that driving is not currently sought after as a career is a tragedy.

At HR GO Driving, attracting new driving talent tops our priority list. We want to help operators understand the issues they face in recruiting enough staff for the nation’s fleets. So in our next article, we’ll cover the possible solutions to this crisis - and the steps we’re taking as an employment business to help keep the UK moving.

We have a wealth of specialist logistic experience at HR GO Driving. Chat with us about your vacancies, and find out what we’re doing to find the right drivers for your business.