Don't do these things if someone resigns 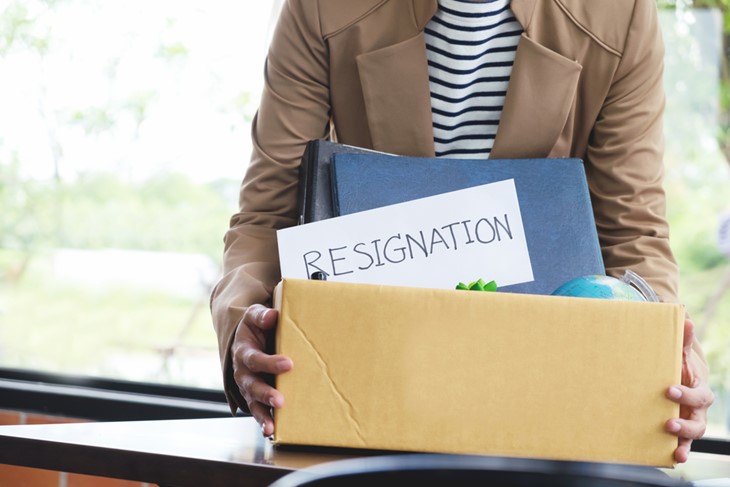 It’s always tricky when a member of staff resigns. And it may be particularly hard when they’re a key employee and you hadn’t seen it coming.

Not only does someone leaving put your team under extra pressure, but as colleagues can feel unsettled morale can suffer too.

Given that, it’s no surprise that handling the ‘I quit’ bombshell can test even the most Zen-like manager.

Obviously you need to bear in mind your legal obligations when an employee leaves, but it’s also handy to learn how to deal with the situation - and most definitely know what not to do when they share the big news…

You’re only human. If a valued member of the team announces they’re leaving, you’d need a heart of stone not to show a little disappointment. And in the moment, it’s easy to start catastrophising about what their resignation means to a certain project or account - or even your business as a whole.

So while you might be having some negative feelings – betrayal and anger, even – keep them firmly beneath the surface.

Not only will you look unprofessional, but also it might give them a green light to stop pulling their weight before they leave.

Don't give up on them just yet

Is there anything you can say that will make that employee change their mind? (If you want them to stay, that is).

When someone comes to offer their resignation, they’ll likely have already made a firm decision that it’s time to move on - and be sticking to it.

But there’s a slim chance that they may be looking for something from you instead. In case it’s something you can help with, it’s always worth exploring if there’s anything that would tempt them to stay.

Don't ignore their reasons for leaving

There are lots of reasons why employees want to move on. And it’s not always your fault if they do. Perhaps they’ve found a similar role elsewhere that’s better paid. Maybe they feel they’ve gone as far as they can in your company and see somewhere else as the best place to develop and grow.

Rather than dismissing your employees’ reasons for leaving, listen and try to learn from them. Companies that succeed put serious work into understanding why people leave them. Specific feedback can be so helpful - whether that takes the form of an honest conversation or a more formal exit interview.

From taking a fresh look at salary and benefits, to reconsidering training options, what things could you do differently as a company to lessen the chances of it happening again?

While you might feel aggrieved that one of your team will be working for another company (potentially your rival), try to leave the door open for them in some way.

Of course, this is as long as you want them back. If they’ve caused trouble or behaved negatively during their time with you, it might be a question of ‘goodbye forever’.

Maintaining some kind of loose contact isn’t just a good idea in case another suitable role comes up. They might also be able to recommend contacts who’d be suitable recruits. At HR GO, we keep in touch with many people we’ve placed in roles in the past in case they can make referrals - or even the time’s right for them to move again.

Our digital-first world now makes dealing properly with someone’s resignation and departure more crucial. Let an employee leave on poor terms, and they’re more likely to go on and post on social media or workplace review sites - and damage your reputation in the process.

And don’t forget how remaining members of your team are affected when someone resigns. They may be reassured if a colleague’s departure is handled well, but demoralised if it isn’t.

The best strategy? Try and handle an employee bidding you farewell as fairly and professionally as the moment you welcomed them to your business in the first place.