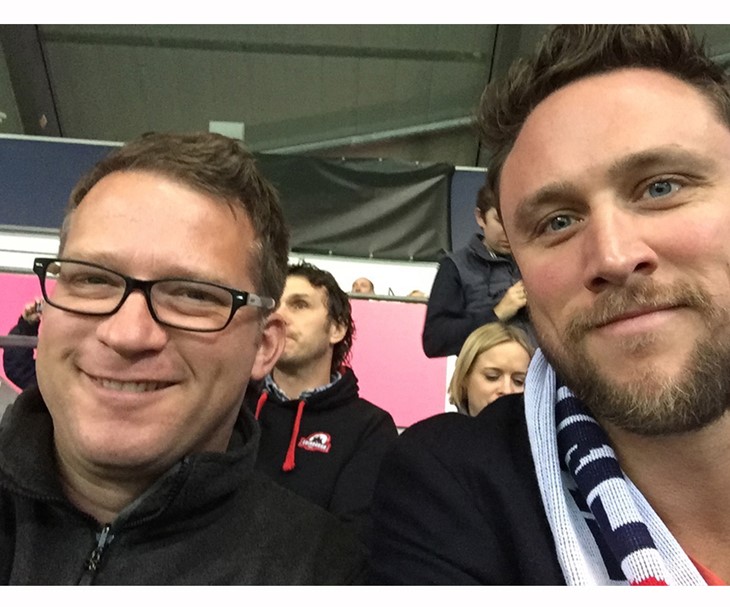 England may have been ousted early from the Rugby World Cup but it did not stop Andy Swain from enjoying a prize weekend in Manchester to see the hosts thrash Uruguay 60-3.

The photo showed a rugby player carrying the ball and being tackled by an opponent.

Andy’s caption was: “You’re supposed to rob me of the ball, not the cash in my pocket!”

Judges at HR GO Recruitment’s head office in Ashford decided Andy’s caption was the best from dozens of online entries.

Andy won two nights at the Jurys Inn in Manchester, and two tickets to the match at the Etihad Stadium.

“The stadium is well worth a visit and it was a fantastic experience,” said Andy, who works for Faversham-based Claimaday.com, the national events diary designed to avoid date clashes.

“I was gutted when England were knocked out by Australia but it was a great opportunity to see our team in action for the last time at this World Cup. It was a grand occasion and a fantastic prize.

“Going into the Etihad Stadium for the first time and savouring the atmosphere was memorable. We were also able to watch the Wales and Scotland games on big screens in the Fanzone in Albert Square.”

He added: “I’m really glad that I entered the competition. I just couldn’t believe it when Sharon told me I’d won. Many thanks to HR GO for organising it.”

Andy was accompanied by his friend Jon Adkins.