“The best management advice I’ve been given” (part 1) 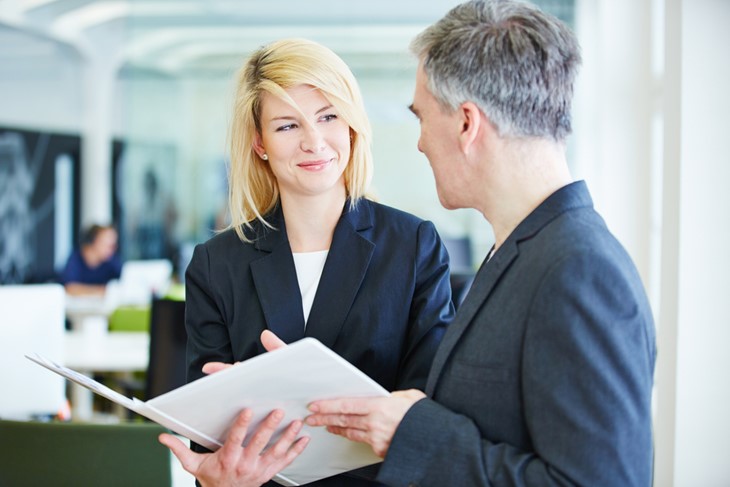 Here, seven members of the HR GO team share the best management advice they’ve ever received - and still use.

Whether they’re words from a first boss, long-term mentor or even a client, these pieces of wisdom inspire them at work to this day...

“Today’s candidate could be tomorrow’s client”

“A few years into my career my then-manager in a previous recruitment role told me that it’s always best to treat everyone with respect as today’s candidate could turn out to be tomorrow’s client.

I keep this in mind a lot in my daily work. If you treat candidates well, they’ll remember you when they might be in a different position in their career.

This advice has paid off one more than one occasion. In my last role, I remember placing one particular candidate into a permanent role. She obviously remembered me because seven months later she called to say that her manager had a role to fill, and asked us to help.”

“Back in the 70s I was given a present of a book of management advice by Robert Townsend (the former Chairman of Avis Rent-a-Car) entitled ‘Up the Organisation’. It’s an irreverent but highly perceptive look at how to stop an organisation becoming stifled by bureaucracy.

I’ve dipped into it frequently and it’s inspired a lot of my thinking on generating independence and encouraging entrepreneurship within our company.

One of my favourite sections is on people. According to Robert Townsend you can’t motivate people, but you can create an organisation in which people can motivate themselves to help the company achieve its objectives. That’s what we strive for in HR GO.”

“This piece of advice actually came from a candidate a few years ago when I commented on how well dressed they looked for their interview.

Obviously it’s a great tip for anyone who’s going for a new job, but over the years I’ve also realised it can be applied to other areas, too.’

“I’ve a tendency to think I have to be good at everything but it was a great relief when a former boss at BT told me that was not the case! He admitted to me that my role in his team was to do the things he knew he was not so good at and together we therefore made a brilliant team.

Ever since I’ve made a point of recognising and valuing the contribution of people in the team who work or think differently to me. And if I’m recruiting I know that while I might be tempted to go for someone just like me, the better idea is to look for complementary skills.”

“On my first day in recruitment in 1991 my boss told me to always ask myself the question ‘Is what I’m about to do going to make me money?’ and if it wasn’t, to give that task to somebody else.

This advice comes in handy every day when you have other staff around you to delegate to. Like most people in this industry I always try and make sure I’ll get rewarded for anything I’m about to look at - and that way so will the business I’m working for.

With my current role, this is about making sure that if I travel to interview for a client that the booking is long enough to cover all our expenses and we can easily fill the role.”

Use the three Fs”

“The best piece of management advice I’ve been given was from a previous boss about 25 years ago. He said ‘Whoever you manage in life, use the three F synergy: Fair, firm and friendly’. It’s always worked for me.

It’s not always easy to stay like this - especially if it’s in a situation that’s really challenging - but it does pay dividends and I feel it's a great mantra for management. It brings mutual respect and is a base for building honest relationships for the future.”

“Only touch an email once”

“One of the pieces of advice I gleaned on a management training session in 1990 was to only touch a letter once. In other words, instead of reading something and doing nothing about it, to decide what needs to be done right now.

Back then, this referred to letters and memos, but now of course it’s more relevant to emails. Obviously email is an incredibly powerful tool for business communication, but you need a system to keep on top of things - particularly if messages start piling up day to day.

It works for me as it means I’ll only turn my attention to an email when I have time to deal with it, action it and get it out of my inbox. There’s less procrastination, and I now rarely have to re-read a message a second time.”