Are you ready for robots? 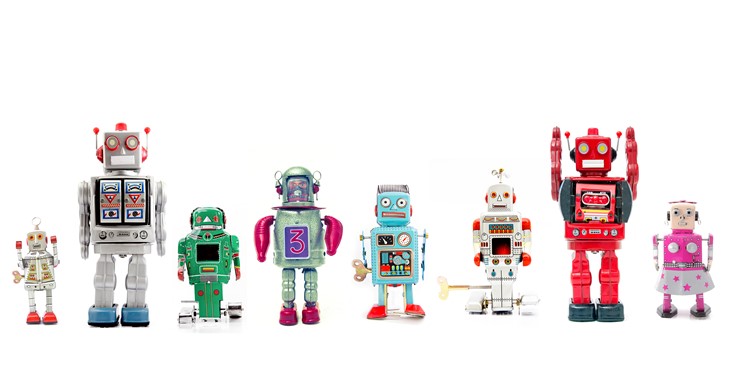 Picture your company’s 2035 Christmas party. What are the chances of over a third of your team on the annual festive night out being made up of robots?

Sure, it would mean more drinks and nibbles for the human members of staff, but the conversation might be a little stilted.

Of course, this is a light-hearted look at the future, but how far off are we from robots merging into the workforce - and actually taking over the jobs of hundreds of thousands of British workers?

What the experts say

There are new figures out that show this could happen sooner rather than later. Last year, information technology research company Gartner predicted that by 2025 a third of jobs would be replaced by either software, robots or smart machines.

With production processes becoming more and more automated, manufacturing will probably be the most affected - along with these sectors:

The rise of the robots

New-generation robots are losing their technicological limitations, with ‘collaborative robots’ safely working alongside humans as assistants on more sophisticated tasks.

Most terrifying of all, Google’s director of engineering estimates that by 2029 robots will have reached human levels of intelligence.

One Chinese manufacturer of mobile phone parts is even planning to ditch 90% of its human staff for robots, keeping just 200 staff to maintain the new ‘workers’.

That needn't be our reality just yet, but could it be a warning of things to come?

Put simply, robots are reliable and don’t take sick days. And as robotic technology becomes increasingly sophisticated and cheaper, this kind of workforce will appear ever more tempting to the bottom line.

We need to futureproof our workforce

According to a Manufacturing Barometersurvey by PricewaterhouseCoopers in May, 77%  of US manufacturers said they believed automation will create new job opportunities, for example in research and development, engineering and maintenance of the machines and their operating systems.

This will be no comfort for many destined to lose their jobs, though. The implications for low-skilled workers are clear. As the joint report from the University of Oxford and Deloitte in 2014 found, the risk is that as technology advances many people will be left with far less possibility of work.

If robotic dominance in manufacturing and other sectors is only a matter of time, we need to act now to better educate and train our young people. No one wants to see future generations unemployed because they can’t compete with robots. Far better they’re encouraged into sectors and jobs that complement, and work with, machines.

Keep an eye on what’s going on

While it’s not quite time to replace your team with next-generation robots, it’s worth noticing how advances in technology might affect costs and conditions for you as well as your competitors.

Curious to know how your own job could be affected? Check out this handy calculator which estimates the likelihood that different roles will be done by a machine in the next 20 years.

We’re pretty sure we’re all robot-proof here at HR GO as our day-to-day work has far too much to do building up meaningful and long-lasting relationships with clients. Plus, the soft skills needed for interviewing and finding the right staff aren’t things that robots possess just yet.

Of course, robots are welcome at the HR GO 2035 Christmas party - but only to offer out refreshments. We’d rather have the place full of humans, even if it means a few sore heads the morning after the night before…